Chinese porcelain has been made for thousands of years, but it is the Qianlong Dynasty of the Qing Dynasty that integrates raw materials, processes, techniques and firing. It is the peak of China's porcelain kingdom. The official kiln porcelain of this period is famous for its rich and colorful varieties and production. The porcelain art is advanced. Tang Ying, the messenger of pottery discussion, has devoted all his heart to collecting the achievements of famous kilns of previous dynasties, including the essence of good tools at home and abroad, so that the skilled craftsman of the imperial kiln, taking porcelain as the tire, lays colored glaze and casts an unprecedented brilliance. During this period, it not only advocates retro, but also has the courage to innovate. The technological breakthrough and new artistic style brought by it have written an important page in the history of Chinese art. As Tao Ya said: "to Qianlong, the Chinese red tape is extremely exquisite. It is almost uncanny." 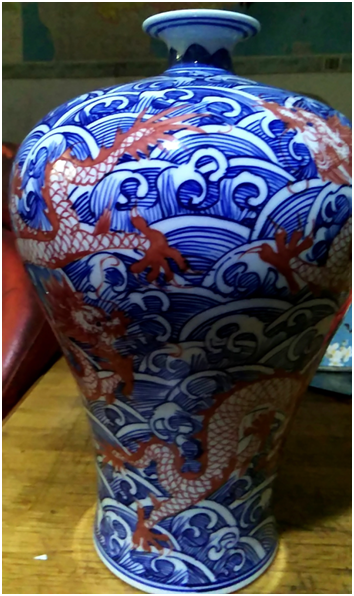 Underglaze red refers to the color material prepared with copper oxide as colorant, depicting the pattern on the green body (or the green tire soil with green and white glaze first), then covering it with a layer of green and white glaze, and then putting it into the kiln. After a strong reducing flame atmosphere of 1250 ℃ ~ 1280 ℃, the high-priced copper is reduced to low-priced copper, showing a beautiful and calm red pattern. Underglaze red is decorated separately, but most of them are combined with blue and white for decoration, which is called "blue and white underglaze red". It has the characteristics of "quiet, beautiful, elegant, quiet and stable" of blue and white, and adds the richness and magnificence of underglaze red, enriches the color effect, and forms an elegant and simple artistic style. Therefore, blue and white underglaze red porcelain has become one of the precious varieties in China. 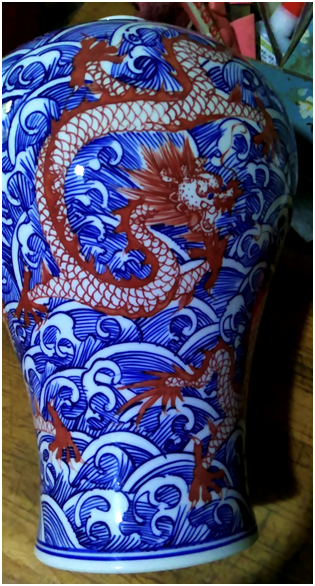 The blue and white underglaze red system was created and burned in the late Yuan Dynasty more than 630 years ago and was popular in the early Ming Dynasty. It was fired in the Ming and Qing Dynasties. The blue and white underglaze red picture seems to be a Chinese traditional painting with profound meaning and the most national characteristics. It combines traditional Chinese painting with exquisite porcelain, and its artistic value is obviously greatly improved. In the modeling of Jingdezhen artistic porcelain, which is rich in changes and beauty, carefully designed elegant traditional Chinese painting is drawn on the surface of the white porcelain body. The contrast between green and red is gorgeous. It is covered with jade, and the glaze color is beautiful. Then it is baptized by the art of fire, which is difficult to control. It's like a phoenix in the fire. At the beginning of its creation in the Yuan Dynasty, this exquisite art treasure was extremely rare. It can only be collected and appreciated by emperors and other nobles, or "given" to friends as a national treasure. 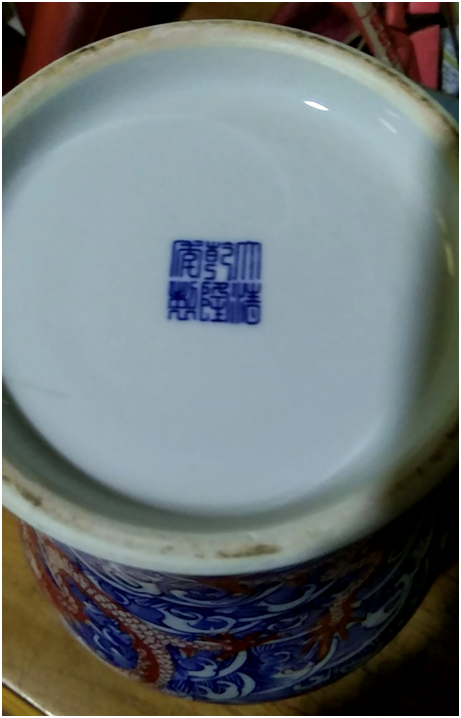 This plum vase with blue and white glaze and red sea water five dragon pattern in Qianlong Dynasty is a palace boutique in Qianlong year. It is plump and stable, and the porcelain blank is white and delicate. It adopts the porcelain clay formula with high proportion of kaolin initiated by Tang Ying, and the porcelain body is more compact with the complicated process of tamping and washing, so that the porcelain object is large without deformation and collapse. The plum vase is covered with transparent glaze, pure and delicate, It is bright and thorough. The bottle body is painted with blue and white clouds, overlapping and hovering. It has a vivid charm. Against the background of blue and white auspicious clouds, five living dragons painted with underglaze red appear. The dragon's head is staring, with hair, long kisses and sharp teeth. The Dragon's body is vigorous and circling, with solid and dense feathers and phosphorus, sharp fingers and claws, and full of motion. The bottom of the bottle is painted with blue and white sea patterns, showing the scene of the black dragon haunting the turbulent sea, flying around, dignified and royal. The combination of blue and white and underglaze red not only makes the process more complicated, but also makes it more difficult to burn. However, it is not always a reward. It only seeks excellent decorative effects. "Sparing no cost" can be described as the purpose of Qianlong's porcelain making. It is fully displayed in front of people on this porcelain, worthy of the reputation of "pushing dry kiln for beautiful porcelain in previous dynasties". 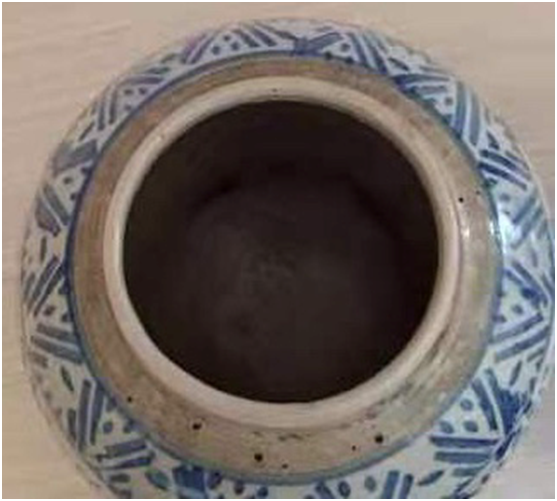 After Qianlong, the most glorious era of Chinese porcelain firing was gradually gone. In the early days of Jiaqing, Emperor Qianlong was the emperor on the ether. Everything was the same as that in the Qianlong period. When Qianlong died and entered the middle of the Qing Dynasty, Emperor Jiaqing advocated frugality, and the production of official kilns continued to shrink. The number of firing blue and white underglaze red began to decrease, the process began to decline, the carcass became thicker, the glaze juice became thinner, and the underglaze red became darker. Having a common destiny with everything in the world, underglaze red, a once brilliant porcelain variety, inevitably declined.